Editorial: New papal saints have flaws as well as greatness 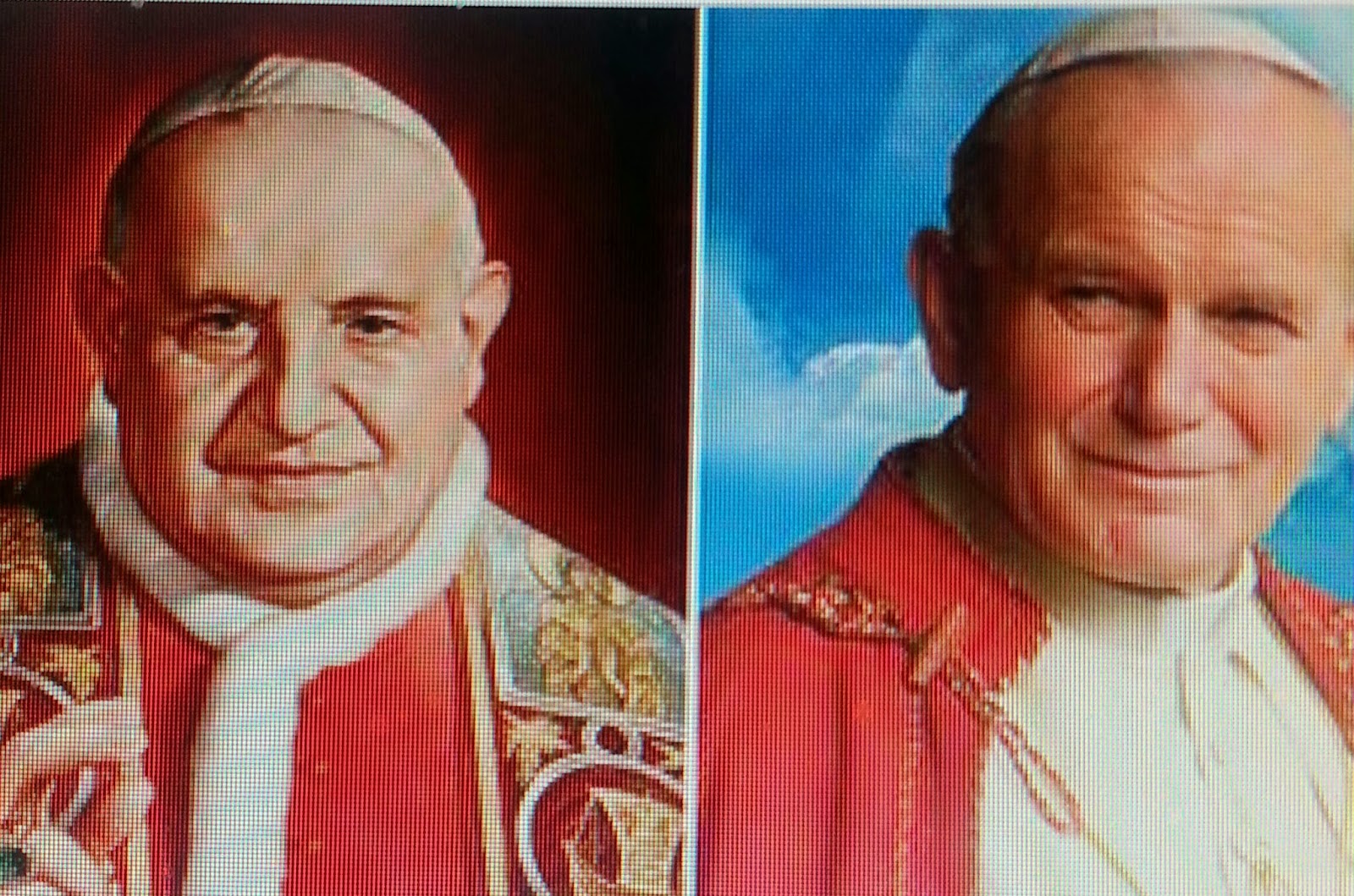 Papal canonizations
EDITORIAL
The two popes to be elevated to sainthood April 27, John XXIII and John Paul II, embodied some of the ancient forces that have shaped the Christian community since its earliest days. Each, in different measure, represented the tensions that play out perennially between charism and authority, between the rule of law and pastoral sensibilities, between maintaining order at the risk of rigidity and giving free rein to the Spirit at the risk of chaos.
Pope John Paul II, who, for many inside the church, would fall on the law-and-order side of the ledger, could be quite the opposite in his dealings with the wider world and other faiths. He was determined to shake off the church's timidity in its approach to the rest of the world and was a heroic figure who projected an outsized global presence.
He elevated one of the most controversial documents of the Second Vatican Council, Nostra Aetate, to new levels of significance with gestures that were breathtaking at the time. He was the first pope to visit a synagogue, the first to visit a mosque. He knelt and prayed with the archbishop of Canterbury and reached out repeatedly to the Orthodox. Three times, he invited representatives of the world's faiths to come to pray in Assisi, Italy, raising the hackles of those who accused him of syncretism and of degrading the uniqueness of Catholicism.
He loved the big stage and used it effectively, taking the Gospel message to corners of the world that never expected to see a pope. Millions turned out. He raised the profile of the marginalized, highlighting the plight of the poor and indigenous, and challenging local churches to confront realities they often would rather have ignored. John Paul called attention to the embarrassing gulf between rich and poor, particularly between the rich Northern Hemisphere and the poor global South. He inveighed against U.S. militarism and unbridled capitalism, while playing a major role in the takedown of European communism.
Wherever he trod the international stage, speaking truth across national and cultural boundaries, he was a fitting embodiment of one of his favorite lines of encouragement to the church at large: "Be not afraid!" Indeed, he wasn't. Even in his frailest state, this obviously deeply spiritual and prayerful man found ways to command the world's respect. This bold witness alone, to a world yearning for truth and integrity, is sufficient to warrant sainthood.
Visit our new website, Global Sisters Report!