Finding shelter under her wing.. 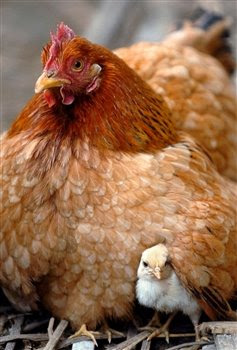 
Jesus sees himself as a mother hen gathering her chicks (Matthew 23:37